Raising Husbands Who Get It 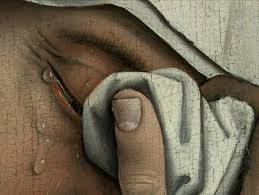 Sometimes I think about my future daughters-in-law. True, it's early, but I already feel a responsibility toward them to raise men who will make their lives as my sons' wives happy, fun and (dare I say it) easier.

To this end, I've realized I can't always be the taskmaster. Sometimes I need to just be a woman. That is, I need to be able to read--and react--to a really good book. And I need to do it without worrying about what my sons think.

Me: "No, the characters. She thought she could save him, but he... they..." *leaves room for more tissues*

Of course, the same goes for movies. If I'm sitting down to a non-Pixar movie and there's a love story involved, sit and watch beside me at your own risk. Soggy popcorn will likely be involved.

My mom never cried in front of us when I was growing up (though not because we didn't give her good reason). So I was well into my thirties before I would let anyone else see me cry, likely because it was just something I'd never seen done. I presume it was the same way in my husband's house when he was growing up, as he tends to roll his eyes and shake his head when I cry at books or movies. But I want the women my sons date to be comfortable getting weepy and emotional without my sons getting freaked out. Better they should learn now that this is something women just do, and that it has nothing to do with them.

They say death, sex and money are the topics that don't get explored in polite conversation. I'd go so far as to say that showing emotion also falls into that category, and I'm doing my part to change this.

To best help them understand the feeling, I have repeatedly viewed Hachi: A Dog's Tale and had them watch it with me. It's not hard. Richard Gere is very easy on the eyes. The movie is based on the true story of a college professor's bond with the abandoned dog he takes into his home. It's about love and friendship, loyalty and loss, just like any good book or movie, and it always makes the kids cry.

So to my sons' future girlfriends and wives,  know that I'm thinking of you and doing all I can on your behalf, at least as far as this is concerned.

You're welcome.
Posted by mamawrites 2 comments: Links to this post

When Being Unremarkable Means Everything 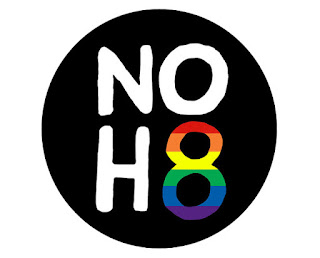 The other day, a friend commented to me about the high school principal's back-to-school assembly to students this year.

"Wasn't it amazing what he did?" she asked.

Since she has daughters in high school and I have a son, it became clear to me that my kid rarely shares anything that goes on at school while hers share everything. I told her I had no idea what she was talking about.

"He basically 'came out' to the student body and shared his story about growing up gay and how difficult it was for him. He had a conversation with the kids, talked about how he was bullied and went to school in fear, and then made it clear that this kind of behavior would absolutely not be tolerated in the school he was running."

"He came out? But I thought everyone already knew he was gay," I said.

"Yes, but he made it a point to say so himself and then open up a dialogue about respect with the students."

"That is completely awesome."

I was pretty sure I knew why too. We turned to each other and said the girl's name. Then we nodded in agreement.

I'll call the girl Mary for the purposes of this post. Mary is a transgender student who was born a boy, who I'll call John. She's an awesome kid from a great family, and has known my son since they were both in second grade. They've remained friends through the years and often attended after-school events together. I was driving Mary home one day early last year and the kids were talking about relationships, boyfriends and girlfriends. Mary said she'd been in a relationship but was newly single.

"It's OK. He wasn't very nice anyway," he replied.

"By the way, Mom, John's gay," my son said from the backseat.

"Well," I paused, trying to think of what relevance this had on the conversation, "that doesn't make it hurt any less," I offered.

There were parties and gatherings throughout the rest of the year that my son was invited to and Mary (as John) was often there. Toward the end of the year though, my son told me John was now Mary. She was a she and I should refer to her as such, and by her new name.

This was not really surprising to me, but I was very happy that Mary was comfortable enough with her friends, herself and especially with me to be sharing the information so openly.

The news of what the principal did made me proud. Both that Mary is cared about enough in her school community to be protected from any potential ill-will, and that this message is being sent both to the student body and the families in town.

I was surprised, though, that my son hadn't mentioned the principal's speech to me. Even if he doesn't want to share the details of his school and social life with me, this felt like kind of a big deal.

"Jacob, did you go to the back-to-school assembly?"

"Fine. The same as every year."

"Oh. So the principal has this conversation about being gay and telling students to be tolerant every year?"

"Well, Ms. Smith and I think it was great, and that he probably did it because of Mary. Why didn't you tell me about it?"

Mary's identity change is old news to my son. She's still the same friend whose company he's enjoyed for almost ten years. The principal is the same principal my son's had for the past two years. And respect and tolerance is something he's been taught since he was a toddler.

When I read the news, I worry over the future of the world and how the younger generation will handle the weight of all that's wrong in it today. To my son, these events at school are no big deal. That, to me, means everything. Most importantly, it gives me hope.
Posted by mamawrites No comments: Links to this post 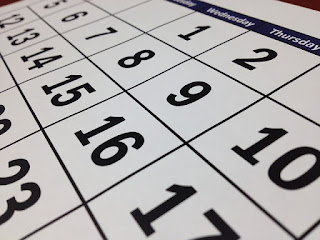 In order to vacation with the grandparents, we schedule our summer trip for the end of August. This usually brings us back home several days before Labor Day and gives us plenty of time for last minute, back-to-school prep. This year, however, school started before Labor Day. We arrived home from a nine-day vacation with one day to prepare.

I wasn't too worried. My middle schooler's backpack had been filled with all he needed before we'd even left for the beach. But the high school teachers hadn't posted until after we were gone. Upon our return, we pulled together a list of supplies my high schooler needed and targeted two stores: Staples and A.C. Moore. The middle schooler wasn't interested in going shopping for things that weren't for him, so he stayed home to play with the neighborhood kids for a couple of hours while his brother and I ran around and checked items off our list.

The best way I can describe going from a week of no cooking, grocery shopping, cleaning, dog-walking, etc. to a day of driving around running errands, standing in lines, washing clothes and figuring out dinner is a hockey stop. You know, when ice hockey players are gliding along with smooth, effortless strokes and suddenly whip 90 degrees to the side, coming to a sudden stop and sending ice shards flying up into the air? That. That was my Tuesday.

I had grabbed an ice coffee while we were out though, determined to get the job done, even if I needed a little caffeine to boot me back into "mom mode." It seemed to be working, too, until I was in the grocery store and my cell phone rang.

"We have a problem."

"What kind of problem? Are you hurt?"

"No, but you know that blue bucket in the laundry room?"

"Well, we filled it with water for our water guns and were carrying it outside..."

"And when we got to the front door, the handle broke..."

"...and the water went all over the tiles and carpet and those little rugs..."

I was going to explain where the mop was and decided it would take too long.

"Ben? In the bench by the door are a bunch of beach towels. Put those around to soak up all the water. I'll be home in fifteen minutes."

And just like that, summer vacation was officially over.

This year, we'll be dealing with college essay workshops, PSATs and driver's permits. Somehow, I don't think I'll have a problem with any of it.
Posted by mamawrites No comments: Links to this post