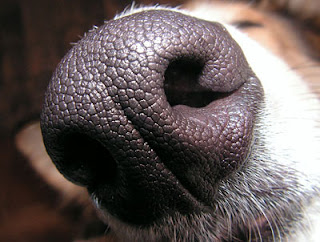 I used to think I was too sensitive. I've outgrown that to some degree, as experience and maturity have taught me a few things. After all, emotional sensitivity can be altered. But there is one sensitive thing about myself that I can't change, and I think it runs in my family: my nose.

I'm in the office and I smell it. In my car, the supermarket, the library... it's always there, this pervasive smell I can't escape from. My cousin is a police officer and he tells me that once you've caught a whiff of a DOA, it never goes away. It becomes a part of your brain, embeds itself into your nostrils. I thought "how terrible!" when he told me. Now I know what he means.

Don't get me wrong--changing dirty diapers is one of the many wonderful new experiences that I wouldn't have missed for the world. And I knew that one day, even though Jacob is the perfect child, his poops would begin to stink. I just didn't think this would be one of the ways he'd use to keep me thinking about him all day long.

The good news is that spring is in the air. Warm breezes and fresh flowers, sweetness and freshness are everywhere.

Thank goodness. Now I can open some windows.
Posted by mamawrites No comments: Links to this post

The Archives: When Worlds Collide (or) Hallucinogenic Portobellos 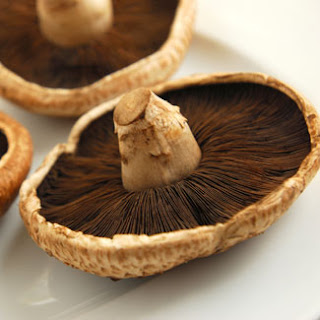 I've always been fascinated by dreams, their source, their symbolism, the deeper meanings they have. But sometimes a dream is just a dream. That is, sometimes their source is pretty clear.

My world has changed a great deal from my college days to the days of parenthood, cooking dinner, and home-ownership. This fact of reality becomes pretty evident when you go to bed after watching Porky's and have a dream that brings the two worlds together and goes something like this: You're hanging out with a buddy at the docks and he's got a bag of drugs to share with you. The drugs include a long list of fun things, such as hallucinogenic Portobello mushrooms (a favorite dinner ingredient), herbs resembling wilting rhododendron leaves (which strangely resemble the ones in my yard) that produce funky visions when nibbled, various pills that look like my prenatal vitamins, and last but not least, marijuana wrapped up in cotton balls and Huggies diapers.

Jacob woke me this morning before I got a chance to hear what the cop who confiscated the bag had to say. But had the dream continued, I imagine he would have advised me to grow up, and get back to the things in my life that are clearly more important, those not worth trying to escape from. And he would probably have resembled my dad quite a bit.

Wow. What a long, strange trip THAT was.
Posted by mamawrites No comments: Links to this post

The Archives: Filling The Void 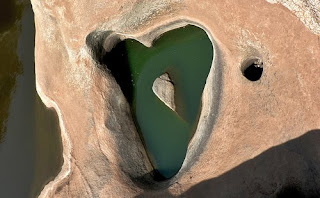 Today was my son's four-month doctor visit. We've taken him once a month from the time he was born to get regular checks on his growth progress, and at the same time make sure my husband and I haven't done any permanent damage as we learn the ropes of parenthood.

Jacob was born with a heart murmur. It delayed his discharge from the hospital after his birth, as we had to wait for a pediatric cardiologist to arrive, give it a listen and tell us what it meant. We were told to have it checked monthly by the pediatrician, and that in most cases this type of thing disappears within the first six months of life. If not, we should ring up the cardiologist and discuss next steps. So every month, the pediatrician would listen to Jacob's heartbeat, and we would hold our breath. And every month, she would hear the murmur.

But today she didn't. And I finally exhaled.

The murmur itself is actually a "whooshing" sound made by blood traveling through a hole in the heart that exists between two of the four chambers. A hole in the heart. In a newborn. Up until now, I tried not to think about what it would mean if the murmur didn't go away. Open-heart surgery later in life? Not always necessary, said the doctor. But being my mother's daughter (i.e. a worrier), I would fear the worst. What if? What if this situation turns out to be different from the majority? What if it weakens Jacob? And, heaven forbid, how could I ever live without him? How could I ever fill such a void, one that I didn't even know existed until he came into my life?

Though I know it's silly, I like to think that as he did so for me, maybe I helped fill the hole in his heart: that I helped stop the murmur. But even if that's not the case, it's still nice to be able to breathe again.
Posted by mamawrites No comments: Links to this post

The Archives: Table For One 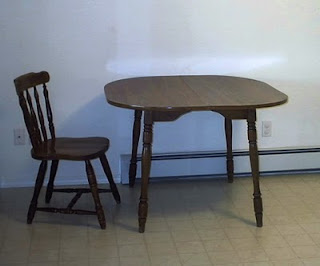 Jacob reached a major milestone this weekend: he started eating solid food. Because this was to be a big step, we decided to do some research first.

We talked to the pediatrician, who said we could start thinking about it (this was at three-month visit). She recommended waiting until he hit the four-month mark.

Next we called our expert parental reference, my friend who has triplets. If anyone would have good advice about this, it would be she. She advised us, among other things, not to wait until Jake was too hungry, as he'd get frustrated easily.

So what did we, first-time, know-nothing-parents do? We broke both rules. When Jacob was three months and three weeks old, we mixed some cereal, put a "feed me, I'm hungry!" wailing Jake into his new booster chair, and videotaped a fiasco of a first solid meal. Jacob cried all the way through it, and got so worked up he was perspiring (yes, we discovered, babies do perspire) by the time we gave up and offered him milk.

What did we learn from this little experience? First, there's always tomorrow. We tried it again the next day and since then, have had much more success. Second, babies' short-term memory is terrible, so chances are, unless this event is traumatic every time, baby will forget the saga and be open to giving it another go. And third and most important, when the mom of triplets gives you advice, HEED IT. Chances are pretty good that she knows what she's talking about.

Happily, Jacob is taking to cereal quite well. We're confident that the scream fest was a one-time occurrence, and when he's ready to dine out, he won't have to be confined to a table for one.
Posted by mamawrites No comments: Links to this post

The Archives: Dream A Little Dream Of Me 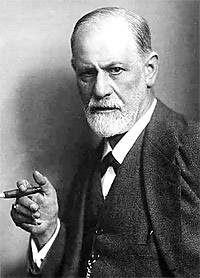 At about 3:30 this morning, I heard a squeal from baby Jacob's room. Giant mouse? No. Whimpering and crying that followed? No. Did he awaken? No. So if he didn't have a tummy ache (which would have awakened him) or some other pain that wouldn't let him sleep, then why would he cry out?

A dream. I'm sure of it. He must have been having a dream. I have no factual proof of this, yet I'm confident I'm right. This then begs the question: what do babies dream about? I'd love to sit down with Freud to talk about this one.

Everything I learned in my Child Psychology and Development classes indicated that dreams are symbolic representations of unresolved stresses, worries and fears. What stresses out a baby? Their needs are virtually all primal: hunger, thirst, sleep, and physical comfort. Perhaps then these dreams stem from worries and fears. My husband and I do our best to make sure Jacob gets everything he needs (I worry that we may spoil him!).

But sometimes, I can't get to him as soon as he starts to cry. Does he worry that I'll never come back? Does he fear being alone? Does he even understand these concepts? His little sponge-of-a-brain is soaking up information faster now than it will for the rest of his life. I can't imagine what is going through his mind at any given moment, or fathom how much he learns each day. But I hope I can teach him, as he grows, how to confront his fears and resolve his problems so he doesn't carry them to bed with him at night. I want to be the one to provide the magic broomstick that will sweep away all the monsters under the bed. If I can do that, I won't mind if he doesn't dream of me. I'll be happier knowing his dreams are sweet and filled with fun.
Posted by mamawrites No comments: Links to this post

The Archives: Order In The House 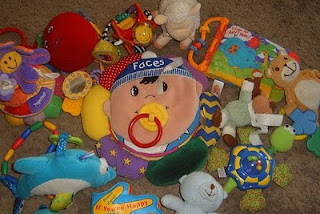 Jacob is just shy of three months old, and as I looked around my living room this morning, I let out a long sigh. Everywhere I turned, I saw evidence that we'd been invaded by an infant: books, stuffed animals, play mats, swings, bouncy seats and burp cloths have canvassed our home. Don't get me wrong. I'm the one who bought all this stuff to insure my baby was going to be properly stimulated, challenged, soothed and entertained. But I'm also a bit of a neatnik. How did all these wonderful intentions turn into such clutter?

I guess it's all part of the great challenge of finding a balance between the family we were before and the family we are now. When we were just two adults, life was simple. Eat for two, clean up for two. Now that there's a baby in the mix, it's eat for two-and-a-half, clean up for eleven. Going out requires more planning. Heck, taking a shower requires more planning.

Some things are simpler, though. The pleasures I experience. The things that make me smile. Knowing what really matters. If the complexity of navigating my living room has to increase so that the simplicity of achieving true happiness can increase, I guess that this neatnik will find a way to adjust. *Sigh* :)
Posted by mamawrites No comments: Links to this post