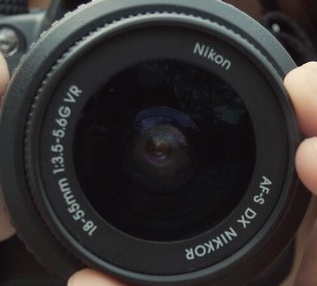 Teenagers! My guess is that anyone, even people without children, know exactly what I'm talking about with that one word. Because teenagers have a reputation. They're surly and unpredictable. Emotional one minute and ambivalent the next. They'll engage you in a heated fight over something as banal as a dirty dish in the sink, but offer only monosyllabic grunts in reply to questions about their friends, schedule, and life plans. At times, I feel like I'm trying to parent an exotic animal. They really should come with a user manual.

Just this week, the Spare was scheduled to have his senior portrait taken at school. Yes, my baby is in his last year of high school. Don't ask me where the time went. I'm sure it's in the secret location where all the missing socks are hiding, along with my sanity and once-tiny waist. But I digress. I'd worked with the Spare over the weekend to find a clean dress shirt and suit jacket that fit, as well as an acceptable tie. We created a Windsor knot so the tie could be slipped over his head and tightened for the sitting, then immediately removed lest any of his peers see him. We arranged for me to bring the shirt, jacket and tie to school before the sitting so he could change, have his photo taken, and then change back into street clothes. I also brought along a hairbrush.

I arrived early and handed over the goods. From the huff and glare I received at proffering the hairbrush, you'd think I suggested he change clothes in the school's common area.

Look, I get it. He's a boy. He shuns the spotlight. And here's his mom telling him how to dress and to fix his hair. But I'd already made this session as easy for him as possible, so this was it. This was the hill I was going to die on.

"Listen, kid. This is the last school picture I'm going to get. It's going to cost hundreds of dollars and I'm going to send it to all your relatives. Then I'm going to frame it and hang it on my wall so I can stare at your baby face when you're away at college and cry over how fast the years have gone. And I'd rather you not be sporting a cowlick in it. Brush your hair."

Perhaps stunned that I would whisper-shout at him in the middle of his school, or processing this new perspective I'd just thrown at him, he was silent. There might even have been a hint of fear that I might do something even more embarrassing if he tried to push back again. Regardless, he took the brush and went down the hall to change.

A few minutes later, I helped him fix his collar, straighten the tie, and insisted he button the top shirt button. Then with both of us grumbling, I followed him into the photo shoot. While the photographer instructed him on how to tilt his head and hold the props, I stewed in the nearby seats and scrolled through my phone. Why does he have to make everything so difficult? It feels like he's fighting me just to fight. A few minutes later, the photographer brought his camera over and flipped through the pictures so I could see what he'd captured.

As I looked through those photos of my baby-- this one in a suit and tie, that one in a cap and gown--I loved each one more than the last. Yet I didn't weep. Because I was still a teensy bit angry about our spat. That's when I realized what perfectly brilliant animals teenagers are. They know they'll be leaving soon, and their instinct is to push away from us at every turn in order to make it easier on all of us. And it worked.

After the session, the Spare changed, handed me back the jacket and tie, and walked down the hallway without a word. He left me with no goodbye, no thank you, and no idea how much mortification he's just avoided by giving me grief. And even though I was still angry, I had to laugh.